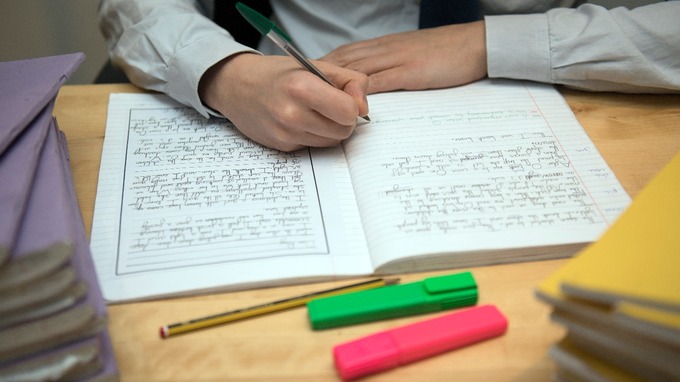 Children receive feedback in the classroom in many ways. From formal test results to a teacher’s comment, the range is wide. But is all feedback, including written marking, effective if you are learning English as an Additional Language (EAL)?

Research by Hardman and Bell (2019) * investigated written feedback on pupils’ writing tasks. They concluded that teachers’ comments were target-driven, focussing largely on Grammar Punctuation and Spelling (GPS) tests in Year 6 and OFSTED requirments.

This led to an over emphasis on the form of the children’s writing, with teachers regularly ‘feature spotting’ – picking out specific grammatical features like fronted adverbials – at the expense of the text’s overall meaning.

Left to themselves, some children reviewed their work in accordance with the feature spotting strategies they had been taught. However, only 50% of the children in the study (three classes of Year 6s) responded to more than half of their teacher’s comments.

Hardman and Bell concluded that teachers were falling back on aspects of written feedback that required less skill (or perhaps were less time consuming) – pointing out grammatical features that were lacking or suggesting greater ‘variety’ in the writing for example. This created a feedback culture that highlighted errors rather than encouraging meaningful writing and was fuelled largely by the need to satisfy OFSTED requirements.

What are the implications of written feedback for pupils learning EAL?

Feedback can only be effective if children understand it. Pupils learning EAL are not only learning English, but also having to process a massive range of cognitive and academic processes through this unfamiliar language. How do you find and correct your own mistakes if you are unfamiliar with the language those mistakes occur in?

In other words, what alternative ways of marking children’s work or giving feedback are beneficial for pupils learning EAL?

An approach to marking that could support pupils learning EAL effectively is a system based on teacher modelling and redrafting of work.

After each lesson, children’s workbooks are read by the teacher who notes down what the whole class did well and what aspects of writing would benefit their writing overall as a next step. This might involve common grammatical issues or language choices to convey meaning.

The teacher then selects examples from children’s work to go through as feedback and learning points for the following lesson – (used anonymously unless each child consents to be named).

Sharing examples of effective writing helps to explain how the form of language choices convey meaning. That is, how word choice and order draw the reader into a cohesive and engaging text. This modelling of language, along with clear discussions around why the choices are effective, is a beneficial way of supporting EAL learners.

Experimenting with language, rewriting sentences to potentially improve their meaning for the reader, is an important life skill. For learners of EAL, it is best acquired through oral discussion and feedback, rather than through written comments.

It also avoids children rewriting their work and making the same mistakes repeatedly. Being able to reflect on and edit your own work is critical for a good writer.  However, if you are still in the early stages of acquiring EAL, this is best done with the help of a fluent, English speaking peer or supporting adult who can suggest alternative word choices and explain their meaning in different contexts. It’s a case of getting help when you don’t know what you don’t know.

For more advanced EAL learners, a simple checklist of features to look for in their writing is helpful – and one that focuses on creating a meaningful piece of writing as well as one that has a host of grammatically correct features.

For children who are struggling with their writing, a mentoring approach works well. Learning support assistants sit with individual students, perhaps for 5-10 minutes prior to a lesson, and go through some of the features of their work that require altering or thinking about.

Therefore, having a feedback system that moves away from written comments towards one that focusses more broadly on children’s collective work, could be of greater benefit to pupils learning EAL, as well as improving the quality of English teaching. It removes the need to set individual or group writing targets as these become the objectives for the next lesson. Where some pupils need help to narrow the gap in attainment between themselves and their peers, short bursts of individual mentoring works wonders.

*Harman, W. and Bell, H. (2019) ‘More fronted adverbials than ever before’. Writing feedback practices and grammatical metalanguage in an English Primary School. Language and Education Vol. 33, No.1 pp. 35-50.