Voices from the classroom: How EAL pupils help themselves to learn 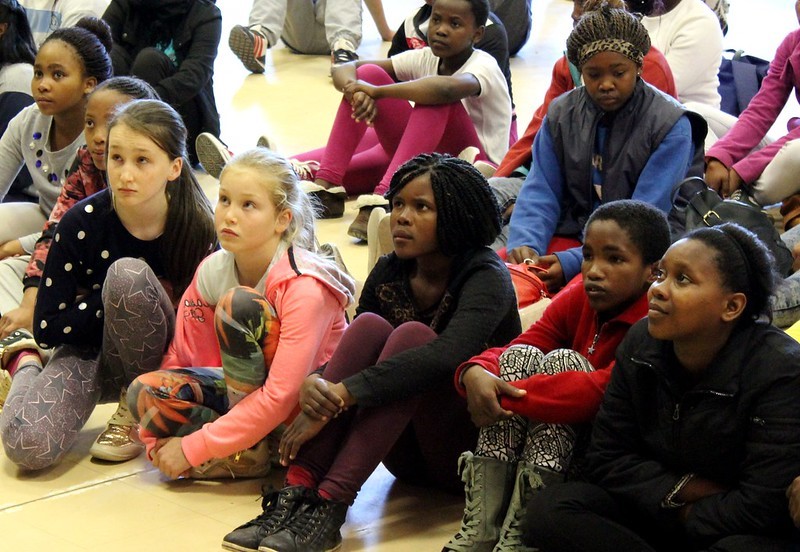 Many schools in the UK are lucky enough to have culturally and linguistically diverse pupils coming through their gates every day. Yet UK classrooms are often largely mono-lingual spaces.

So how do pupils learning EAL, some of them in the early stages of acquiring English, help themselves to learn? And what can we, as teachers, gain from their experiences?

Here are a few insights from two pupils who attended a primary school with over 90% BAME students.

Fazia arrived in Year 4 speaking no English. She slipped seamlessly into school life and fell into what is recognised as a ‘silent period’ of quiet reflection on the world around her. She described being ‘scared’ of school initially.

She said that she was helped by pupils and staff around her who spoke her language, Arabic. She was buddied up with an Arabic speaking girl who became her instant friend. This use of her first language was the main reason for her feeling safe and secure.

When she was left without first language support, she would rely on support from English-speaking TAs using practical resources and gestures to help her access lesson content. These were important scaffolds for her learning.

Abdulla had been in school since Year 1. He was happy because he had made lots of friends.

He believed the teachers were there to help him when he got stuck. Although he couldn’t articulate what that help might be in specific terms, he did say that in some lessons teachers, ‘talk to us’ which suggested that he recognised this interaction as important to his understanding.

When asked what helped him learn, Abdulla said, “Sometimes I ask my friend sitting next to me.” At other times he used equipment provided in class, like a number board to count on, if the teacher was unable to help.

With his reading, Abdulla’s strategies included asking someone else for help. If no-one was available, he would sound out a word, “think about it and then I know what it means”, which suggests that he was using a range of strategies – semantic, syntactic and phonetic – to work out problematic words.

Writing was difficult for Abdulla, but he was resourceful. He called on peers for support, as well as his teacher but also used classroom displays as prompts and reminders.

He was also supported by his teacher’s high expectations; she deployed different strategies to help her EAL learners, including graphic organisers, mind maps and lots of talk.

In summary, Fazia and Abdulla recognised and were helped by these strategies: